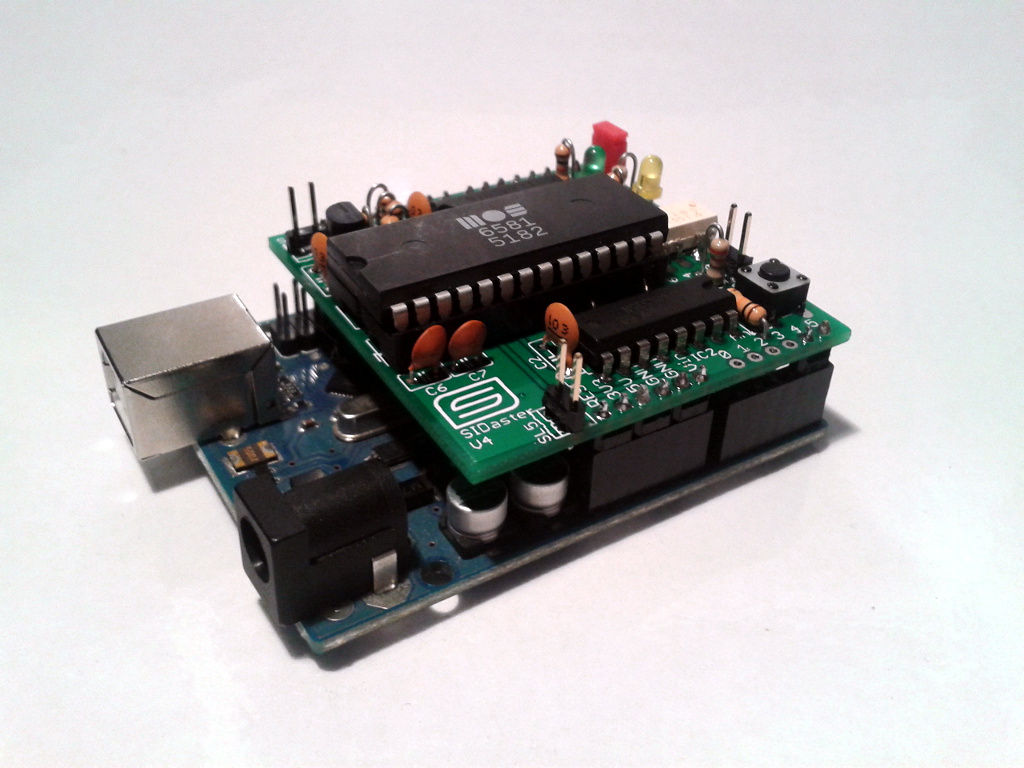 This design's validation lead to a complete analysis of the historical chip from Commodore. In this process, I completely re-writed the chip datasheet and added some insight/notes that can be found here : MOS6581.

All the schematics, source code, design details and descriptions can be found on this page.

Just plug in you favorite SID Chip, a 12Vdc regulated power supply and your favorite Midi keyboard/sequencer, and you're good to go !

Last update 15/02/13. This data is provided “as is” under the Creative Commons Attribution Non-Commercial Share Alike.

SIDaster is the combination of:

It responds to Midi note messages for tone playing, and allows sound patching through Receiveing specific Midi messages. It is planned to include features such as multipleplaying modes, patch sound saving/loading, and improved playability using PitchBend / modulation controls.

The Synth is currently in Beta version, the shield schematic has been breadboard validated and is under prototype construction.

For the latest news, please consult the Blog.

Here are a few samples you can hear from the Design Phase: